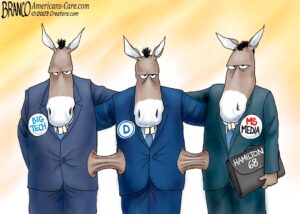 Hamilton68, Russiagate, Collusion and why this scam really matters

The Twitter Files reveal that one of the most common news sources of the Trump era was a scam, making ordinary American political conversations look like [...] 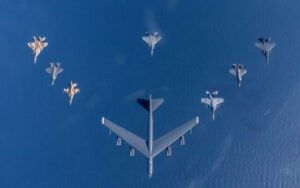 Was Juniper Oak a practice for Iran?

The US and Israel on Thursday announced the conclusion of their largest-ever joint military exercises, known as Juniper Oak 23. The drills were launched Monday and involved over 140 aircraft [...] 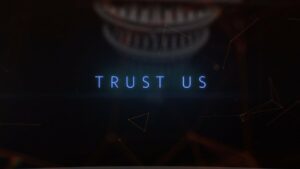 “Trust Us” – How the bureaucrats took over.

“Trust Us” traces the rise of American technocracy: governance by bureaucratic experts. It’s a fascinating insight into how our government went from being our servant to [...]

Americans Care is a non-profit, social welfare organization that is dedicated to advancing knowledge and awareness within areas of concern that ultimately impact the lives of ordinary hard-working Americans. The focus of the organization is on public education and the advancement of knowledge, which includes humanitarian and healthcare issues impacting vulnerable community members in all states.

We run a number of projects you might be familiar with:

Senior Americans Association works to advance all senior causes, protect the benefits you worked and paid for, and preserve the America we know and love.

The Sovereignty Project is your champion to get America out of the UN, stop the insidious interference in national affairs by billionaires and bureaucrats, and defeat socialism and globalism. We fight for YOU and millions of other Americans who aren’t represented by the Fake News, who aren’t inside-the-Beltway fixers, and who aren’t globalists looking for a free ride on the back of the taxpayers.

American Presidential Task Force is the grassroots army America needs right now. We are a 100% independent, fearless group. Our battle-hardened, never-compromise conservatives are determined to defend the America First Agenda.

Patriot Party Campaign is a grassroots army dedicated to holding our politicians’ feet to the fire until they see the light! We campaign and pressure Congress to serve the U.S. Constitution and the will of the people, not elite Establishment types.