by Dan Mitchell What’s the difference between a socialist and a communist? If we’re using the technical definition of socialism (government ownership, central planning, and price controls), there’s no difference. At least with regards to economics. But most people don’t use the technical definition. There are plenty of self-described socialists who simply want higher tax rates and a bigger welfare […]

END_OF_DOCUMENT_TOKEN_TO_BE_REPLACED

The war on women is real. BMX Freestyle rider Chelsea Andrea Wolfe, who qualified as an alternate to represent the U.S. at this year’s summer Olympics in Tokyo, said last year that her goal was to win an Olympic medal “so I can burn a US flag on the podium.” Further proof that transgenderism is no guarantee of happiness. […]

END_OF_DOCUMENT_TOKEN_TO_BE_REPLACED

By: Rep. Madison Cawthorn is the U.S. representative for North Carolina’s 11th District. He serves on the House Education and Labor Committee and the House Veterans Affairs Committee. President Joe Biden has been taking a bit of a victory lap lately. He is telling the nation that we will have enough vaccine supply for every adult by the end […]

END_OF_DOCUMENT_TOKEN_TO_BE_REPLACED

Former Obama-era Office of Government Ethics chief Walter Shaub called the Biden administration’s hiring of multiple relatives of senior staffers a disgraceful repudiation to the mission of restoring ethics in government. “I’m sorry, I know some folks don’t like hearing any criticism of him. But this royally sucks. I’m disgusted. A lot of us worked hard to […]

END_OF_DOCUMENT_TOKEN_TO_BE_REPLACED 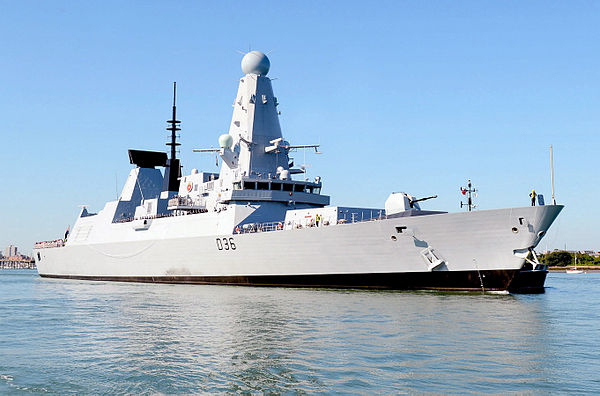 The Russian Ministry of Defence today announced that FSB Border Guard ships fired warning shots at the Royal Navy’s HMS Defender and Su-24M bombers dropped 4 OFAB-250 bombs in front of the destroyer after it “entered Russian territorial waters near Crimea”. Local media claim that according to the Ministry of Defense of the Russian Federation, today at […]

END_OF_DOCUMENT_TOKEN_TO_BE_REPLACED

By Rep. Madison Cawthorn is the U.S. representative for North Carolina’s 11th District. He serves on the House Education and Labor Committee and the House Veterans Affairs Committee. President Joe Biden has been taking a bit of a victory lap lately. He is telling the nation that we will have enough vaccine supply for every adult by […]

END_OF_DOCUMENT_TOKEN_TO_BE_REPLACED

The Twatterverse went mental over this appearance by Jon Stewart (who has always been funnier than Steve Colbert) because he agrees with the former president that the pandemic must have originated from the Wuhan Institute of Virology building. He is very funny while addressing the subject but you can feel the tension as the left-leaning […]

END_OF_DOCUMENT_TOKEN_TO_BE_REPLACED 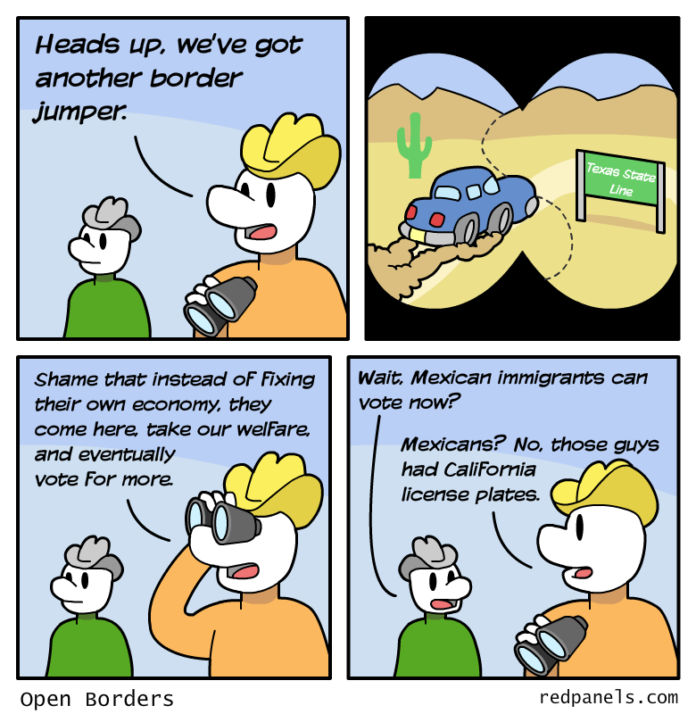 By Dan Mitchell The bad news is that federalism has declined in the United States as politicians in Washington have expanded the size and scope of the national government. The good news is that some federalism still exists and this means Americans have some ability to choose the type of government they prefer by “voting with their feet.” They can […]

END_OF_DOCUMENT_TOKEN_TO_BE_REPLACED 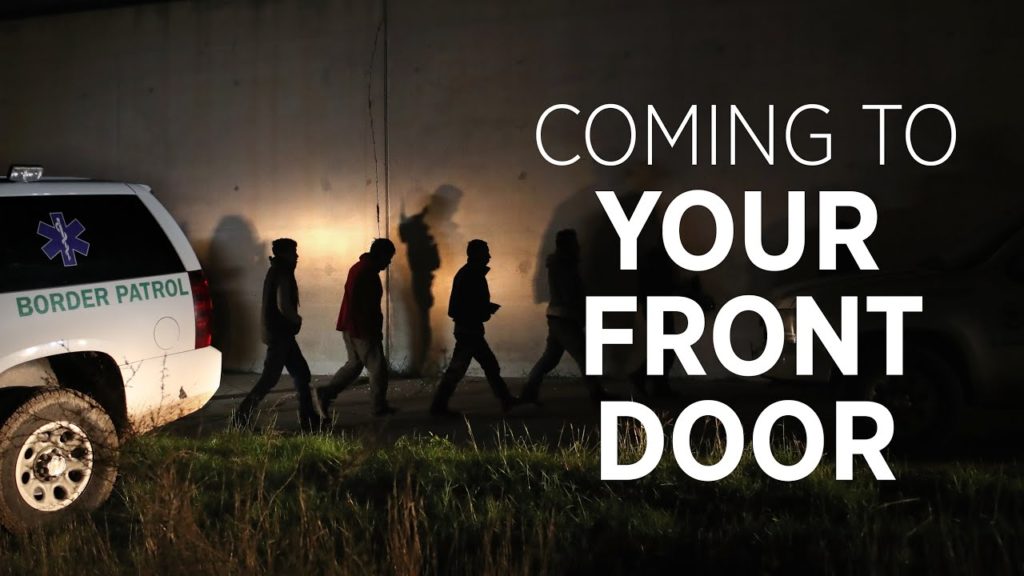 Illegal immigrants have started fires on the Texas ranch and twice tried to break into the house where she and her husband live with three young daughters, Allison Anderson said. In another incident, authorities’ pursuit of unlawful crossers at the U.S.-Mexico border came to a stop on her family’s property, she said.  “I was outside […]

END_OF_DOCUMENT_TOKEN_TO_BE_REPLACED 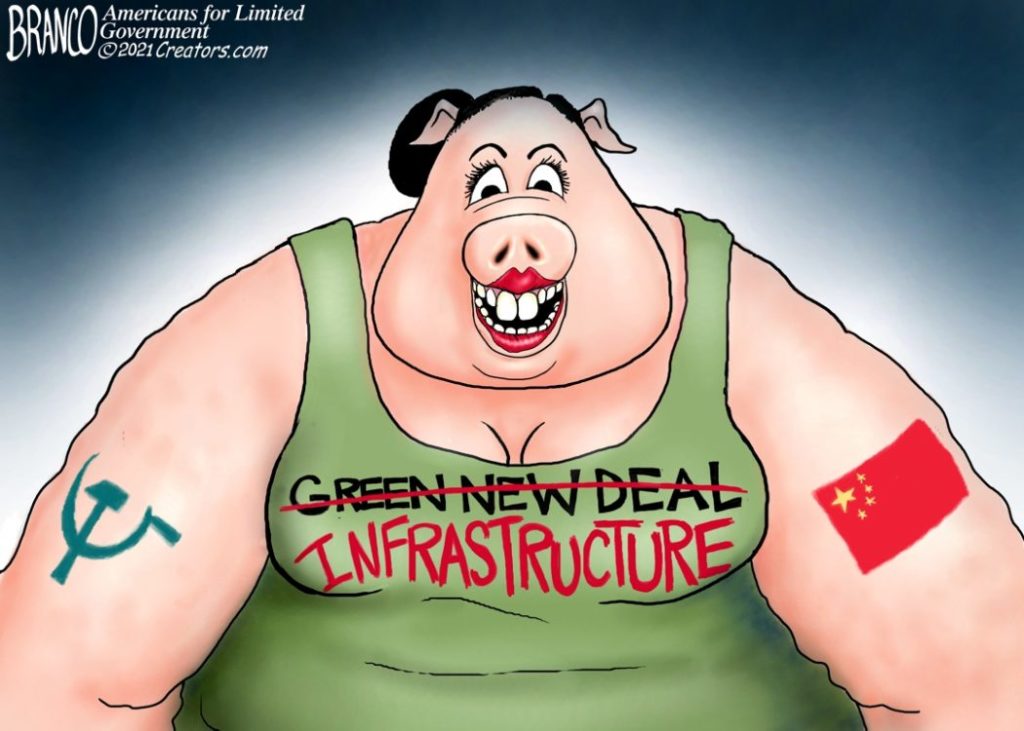 President Biden has touted his proposed $2+ trillion in “infrastructure” spending, which also includes all sorts of unrelated partisan waste, as first and foremost, a jobs-creation bill. It’s right in the name: the “American Jobs Plan.” Biden himself calls it a “once-in-a-generation investment in America itself,” and has claimed that it would “create up to 16 million good-paying jobs.”  But […]